1967 - Francesco Campinoti, visionary technologist out of his time chasing his dream to play the game and live of his own creations, founded the CEAM, Italian acronym for Construction Equipment for Measurement, and in the garage under the house ,in the spare time and with great sacrifice - during the day he worked as a technician in a glass factory – he began to design and build sensors for high temperature for the glass and ceramics industry.

1972 - The company consolidates and Francesco, confirming to believe in his dream, he leaves the glassware (NDR: Cooperative Vetraria Fiascai Empoli) to devote himself full time to CEAM
He moved into the new house in Spontini street , under which there were prepared some rooms to expand the spaces of ceam: from an arranged garage now he could count on three rooms (two for the workshop and one for the office) and a shed, which allowed the purchase of new and bulky equipment, and also hiring a couple of seasonal workers in times of greatest need. 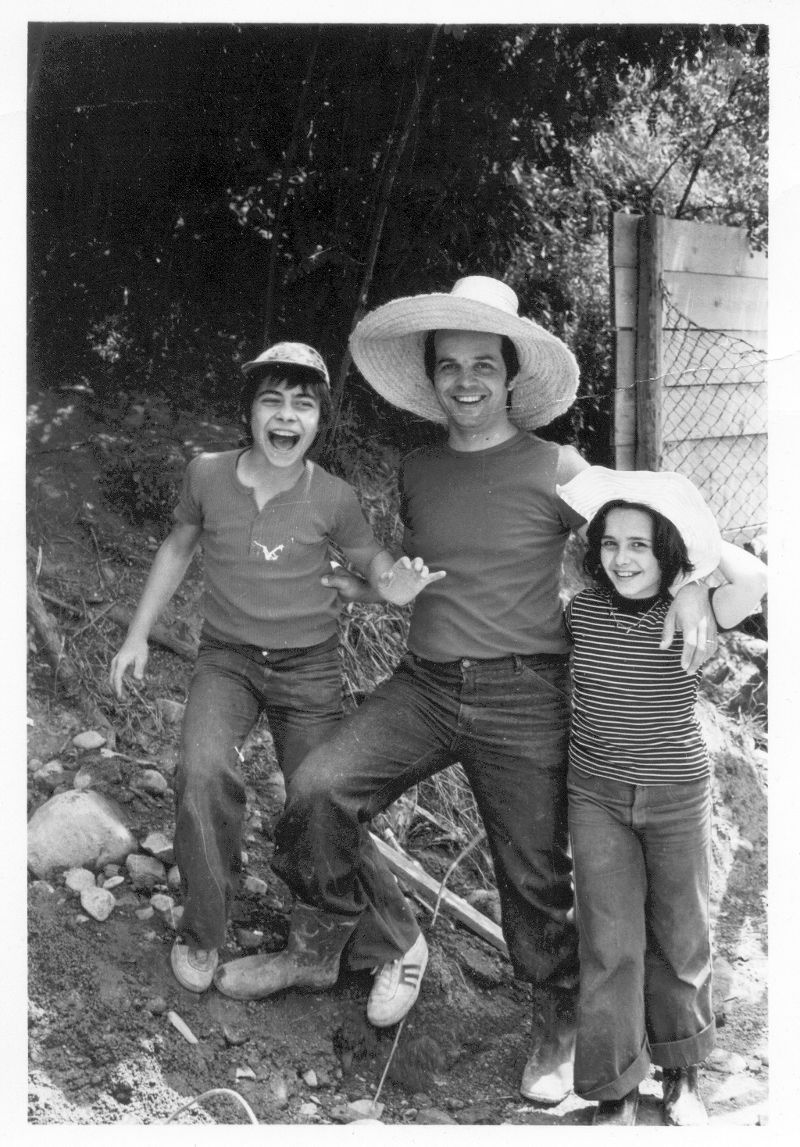 1974 - The company undergoes the first huge blow, because of the failure of the main customer which was  the Cooperativa Fiascai, generating a loss of 14 million lire never recovered (if not a mocking check from 138 lire in 1988). the shot was doubly hard, both for the economic, but also for the moral, as relations with the company were excellent with exceptional mutual trust, unfortunately betrayed.

1975 - Despite all the company with great sacrifice, but above all without harming anyone in cascade, as is sadly fashionable today, resumes its path and painstakingly takes on a permanent basis the son of a friend and former colleague of the glassware.

1976 - The dream continues and it is purchased a new location in the resort Pozzale, where today there is the headquarters, an old abandoned warehouse, "just roof" of a furnace near. The building is much larger, at that time it seemed to be immense for the needs, but mostly it was equipped with a large square that let dream about  further developments, so despite the important economic commitment supported, they were started rapidly the minimum works to transfer the company.

1977 – The growth continues with few episodes abroad too.

1979 – It was planned the expansion of the headquarters.

1980 – When all seemed to be going well, on December 16th, after less than a year of illness, at just 40 years Francesco dies, and it seems that the dream was finished with him, because in unclear circumstances, the only employee considered in confidence manifest himself unfair and finallyhe  left the company after it was revealed to a fortuitous event that he had already created by time his own company in competition, even when Francesco was alive but sick, company that later turned out to be a very little success, as a revenge of fate.

1981– But unexpectedly the dream continues, leaving the school prematurely entered Francesco’s son Simone at the age of 17 that brings into play all the energy possible and begin to explore both electronics and nascent computer science, both his passions, betting and investing a lot of these new fields. 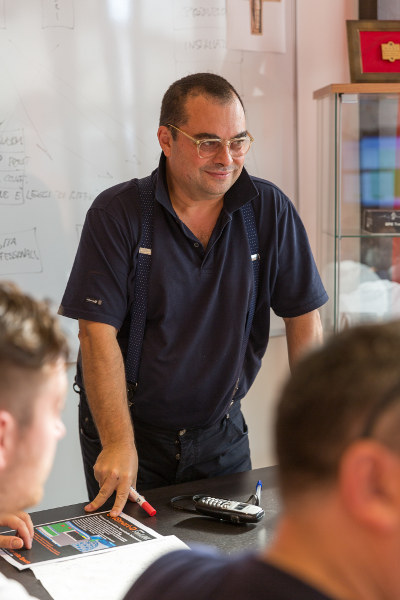 1982 – Start an unstoppable process of continuous research and testing, in which the company invests a large part of the profits, and the first employee is hired.

1983 – To support the growth now evident is hired more staff and is enhanced the  ELECTRONIC sector, starting the production.

1984 – It is realized  the new headquarters designed by Francesco in 1979, with the construction of a new office building. 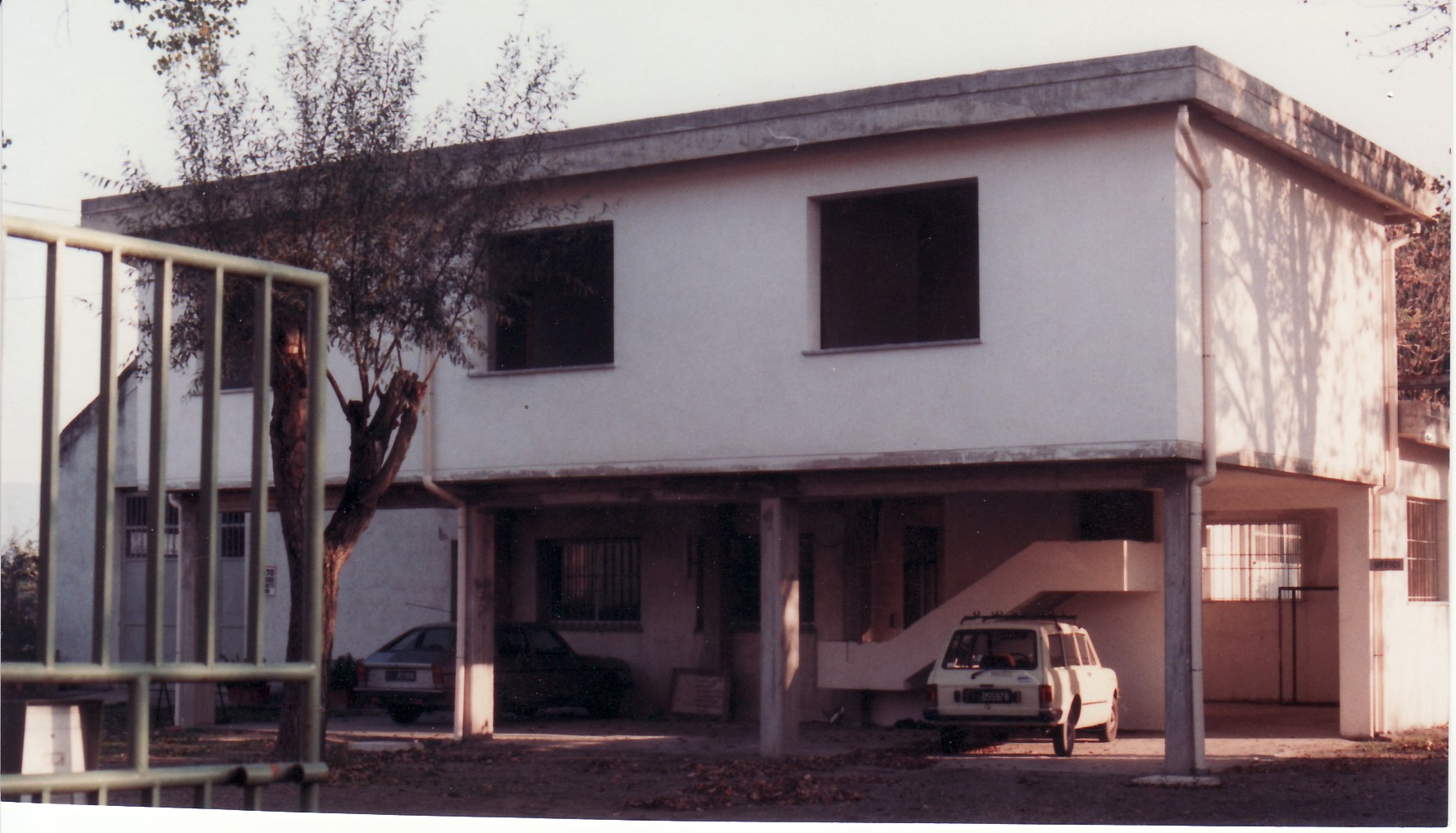 1986  joins the company Francesco’s  daughter Paola, who in the meantime is graduated in Accounting and has done a first professional experience employed by a bank, and began to follow the administration. 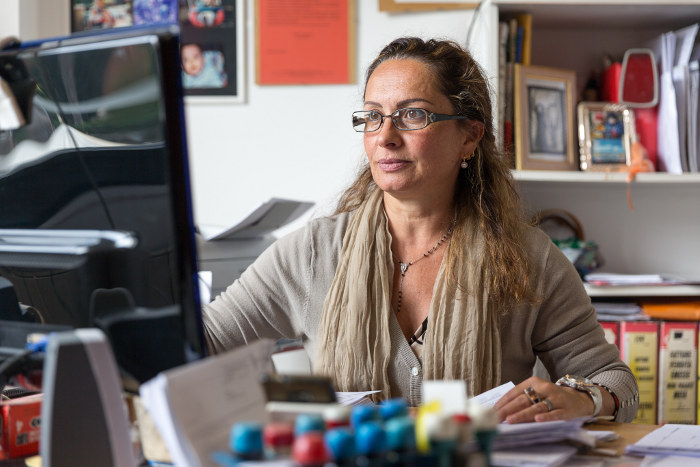 1987 – From the first experiments with successful results, it is created the SOFTWARE division.

1990 – It is created Ceam Commercial subsequently merged into the growth of Ceam control equipment.

1991 – It is created a real metrology laboratory that operates in ISO mode, equipped with numerous innovative equipment, some produced by CEAM itself, and is also equipped with internationally certified samples of  primary values, it can operate for quality control of Ceam production and also for third parts, thanks to the facilities of the highest level.

1993 – It is again expanded the headquarters, doubling the warehouse, renovating some laboratories and creating new ones to make room for new productions and staff which in the meantime has grown further.

1995 – The Birth of the CEAM Group, now it is clear the way of expanding both the production to get to offer both individual components is the complete package, but mostly it is clear the winning strategy of opening new synergistic companies  and acquiring  strategic interests.

1996– The Birth of the software project CWS32 which soon will become a Business UNIT, in practice ceam starts to develop a software platform Web native chasing the dream of the founder to make it simple and for all what in the industry is rather complex and typically for a few.

Soon, with an increasing exponential success the platform will demonstrate all its power and versatility so as to become a reference standard in several areas where ceam begins to operate, such as the pharmaceutical industry, hospitals, museums.

1997– CEAM invests in the purchase of equipment to reduce the environmental impact of packaging, while increasing efficiency, particularly for the shipment of sensors, by now global, including Asia.

In particular they are acquired two new machines, to produce pneumatic packaging, and recyclable environmentally friendly foams, this allows us to greatly reduce the use of plastic materials of more than 90% in the filling of protection.

1998 – Further expansion of research laboratories, with the arrival of new equipment and new staff.

1999 – Growth of the group with investments in communication with the acquisition of shares of the first radio broadcaster.

2001–  By now the spaces that seemed immense, are tight and it is needed a further extension, and careful optimization of existing ones.

It comes the first real electronic Typography of the group, with the acquisition of various professional digital equipment, Ceam can now design and produce everything is needed, from posters to documentation, up to the manuals and business cards.

2002 – The group acquires a second radio broadcaster of the territory and merges it with the former.

2003 – The production of conventional sensors (thermocouples and resistance thermometers) is further expanded with the purchase of several new equipment, lathes, mills, new welding machines including also a special laser to produce microsensors, thanks to these investments the quality already very side grows further, but above all thanks to the new equipment CEAM now is able to self-produce pratically any type of new instrument.

2004 – With the arrival of new engineers, business unit grows,  CWS32 becomes  Multilingual and there is the arising of more Utility packages and accessories that make it even more powerful opening the doors to other sectors, starting a strong synergy of growth with the Electronics Business Unit that in parallel has developed much itself.

2005 – The group is growing with the opening of branch offices as in Emilia and abroad.

2006 – Acquisition of the first cutting laser and other equipment to make more and more independent production CEAM.

2007 – It is opened the Piemonte office, with the purchase of the property in via Cruto in Piossasco.

2008 – The publishing company Xmedia Group, shared by the group CEAM,  founded an online journal and soon became a success beyond all expectations.

2009 – Birth of the company that deals with communication of the group, which is then incorporated into Xmediagroup Ltd., for the web support of the group and particularly of the publishing activities.

2010 – born of the new series of multi-functional electronic products, wireless native for the platform CWS32, and also the workshop is boosted with the arrival of new CNC Plotter entirely controlled by computer.

2012 – The group grows further and acquires the shares of the company APEX that deals with Access Control, Timing and Home Automation, leader in its field, and immediately begin the synergies of the group with a mutual contamination between the technologies and products CEAM APEX, which begins to bear fruit immediately.

2013 – Start trading division Smart-Education that studies and produces applications with technology CEAM for the world of disability and of the Education. The first major project is represented by three interactive systems each consisting of a revolutionary school desk with tablet 20 "set on the floor, with interactive Whiteboard class, and with special programs for facilitated interaction of  disadvantaged people, all entirely designed by CEAM including the structure of the bank .... and everything started from an idea ...

And the journey continues ....